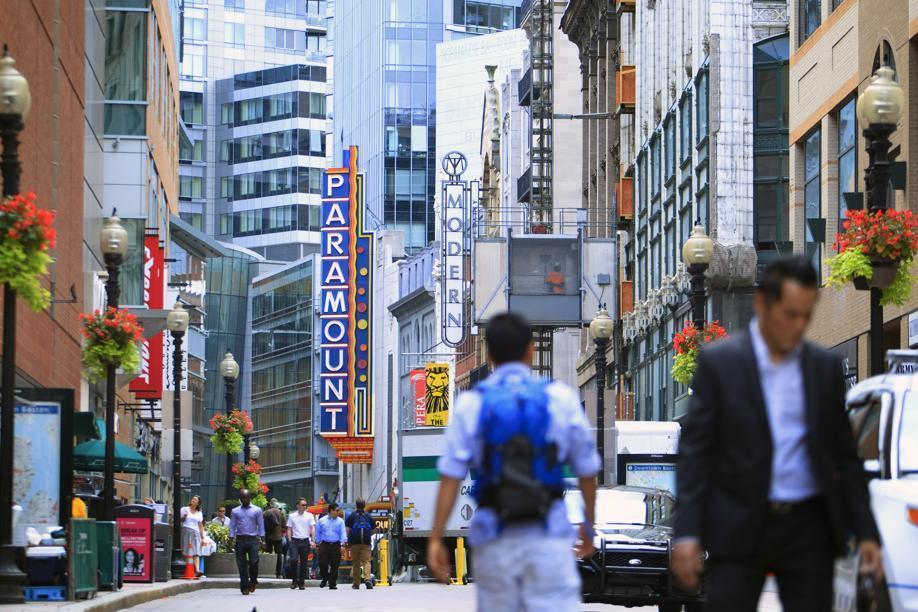 The decision by the city to tap Millennium Partners to turn the old Winthrop Square Garage into a 55-story largely residential showpiece will only accelerate the transformation of Downtown Crossing into something it hasn’t been since the 1870s: a neighborhood, as opposed to a shopping district.

That sounds strange, until you think about it. Less than a decade ago, almost no one lived downtown. It had department stores, shops, and restaurants, but hardly any residents. There was the Devonshire Building, which was built in the 1980s, but little else that someone could call home. That began to change when Emerson College began building housing off Washington Street a few years ago, and has dramatically accelerated since.

There’s the just-completed Millennium Tower at the site of the old Filene’s, and now the Winthrop Square development, which could be open by the end of 2020. Plans have also been floated for a skyscraper on Bromfield Street, though that is on hold for now.

The notion that something new is being born on and around Washington Street isn’t lost on Anthony Pangaro, the visionary principal of Millennium Partners Boston.

“One of the wonderful things about downtown now is that the population is very diverse,” he said Thursday. “It’s shoppers, it’s tourists, its high school kids who come in after school. The sidewalks are full again. I don’t remember it being like this for a really long time.”

Millennium’s project calls for 36 floors of condominiums, office space, and a public “Great Hall” on the first three floors. Millennium used its financial muscle to offer the city at least $50 million more than any of the other bids. The city would have needed a compelling reason to leave that kind of money on the table.

But the question is what kind of neighborhood downtown is morphing into. The city doesn’t need a second Seaport, home to a series of sterile, but expensive, condo buildings. But Pangaro and others pointed to the student population nearby, among other factors, as evidence that downtown will be able to hold onto some semblance of economic diversity.

In describing where he hopes downtown will go, Pangaro invoked his old boss Edward Logue, the first director of the BRA. Logue often pointed to Bromfield Street, with its eclectic mix of retail shops and the venerable Cafe Marliave, as a model urban streetscape — a place that attracted a mix of people and a range of uses. Whether downtown can remain that magnet for a diverse community is now an open question.

One clear winner in this deal is the Boston Housing Authority. Mayor Martin J. Walsh has pledged that part of the proceeds from the deal will be devoted to public housing, a promise he reiterated in a telephone interview Thursday.

“We need to make sure we sustain the housing authority,” Walsh said.

The new Millennium project has a number of hurdles to clear before anything is built. But both the city and the developer want the process to move quickly. The hope is that the project can win all necessary approvals in time to break ground in late 2017. By that timetable, residents could be moving in sometime in 2020.

By then, we’ll all have a much clearer picture of the future of downtown. For sure, it’s going to be more residential, and it will be home to people with a lot of money. There’s nothing wrong with any of that. But the heart of the city must have room for all of us.

“The real question is how do you protect the good stuff and still encourage growth?,” Pangaro said. “It’s a planning question and a zoning question. And now it’s a question for people who live downtown, who will have a voice. They will insist on a voice.”